THE METHOD TO THE MADNESS 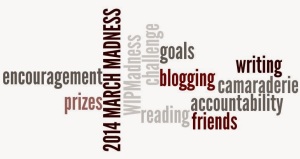 This month, I join fellow writers in hosting March Madness. It’s the brainchild of the lovely Denise Jaden and is like a month-long Super Bowl for the #wipmadness family. Click the wordle pic above to set creative goals for March, stay for daily encouragement, and keep coming back for fun, support, and YAY, prizes!

But first, we begin this month with a post on goals. I must get the business side of things out of the way: assess February, declare a word war in March, and hope to the Tardis on high that April chimes in with success all-around.

My harsh assessment could’ve had the spirit of Olympic scoring, but I didn’t even have a chance to watch any events because of these last jam-packed twenty-eight days.

I did, in fact, get to work on my YA Fantasy Twisted Tale Mash-up Adventure Aaralyn’s Song. This was largely because it was homework for a writing workshop. However, due to coursework and preparing for the move, I didn’t advance as much as I’d hoped in the revisions aspect and didn’t meet my goal of fifty pages.

Because I was to work on the Thriller Greatest Hits only after I reached the quota, I didn’t get to do that either.

However, I had a goal of working on characterization for Aaralyn’s Song and I did that with great success. I even discovered new facets to my cast of characters that’s enriched their character arcs and the plot, as a whole.

I read this month. A lot. However, not so much with the NetGalleys because of my current reading load.

SCORE: THUMBS CANCELLED EACH OTHER OUT.

Due to the temporary change in schedule for my write-ins, I wasn’t able to attend in February, but I did network with some international students at school. I didn’t get to pre-write my March Madness host blog posts either, although I did get to plan them to a degree.

Finally, progress–at least in the wonderful world of French. I did well on my two exams, so far, and have another one coming up in a couple weeks. I’d say things are très bien!

SCORE: THE THUMBS MADE A COMEBACK AND THEY’RE UP!

So, February–though it felt pretty busy with wall-to-wall schedules, assignments, deadlines, et. al.–ended in a draw. I’m not sure if I’m satisfied with that result.  In order to make this right, I posted my intended goals for March Madness and will share them with you here spelled out in a hopefully realistic wishlist for the masochistic writer.

2) IDEAL: Draft the first 15 pages of two screenplay ideas for a contest.
MANAGEABLE: Pick one of the two, if pressed for time and strapped for cash (sizeable entry fee w/ feedback).

3) IDEAL: Conceptualize & draft a spec script of a TV pilot for a contest.
MANAGEABLE: Conceptualize the script, even if it means passing the early bird entry fee deadline at the end of March.

2) IDEAL: Read at least two more NetGalleys during all this, even though Jennifer A. Nielsen’s third instalment of the Ascendance Trilogy is calling.
MANAGEABLE: Squeeze one NetGalley into the month.

3) IDEAL: Finish A Storm of Swords before the next season of ‘Game of Thrones‘ airs.
MANAGEABLE: PVR the season, take my time with the book (as it’s lower on the list of priorities) and marathon the show at a later date.

1) IDEAL: Keep up with the Madness and get my posts up on midnight the day I host (Fridays all month).
MANAGEABLE: Schedule the posts for 05h00, just in case I need extra midnight oil to burn.

In the spirit of mash-ups, here’s a quotation. “If at first you don’t succeed… you have no one to blame but yourself.” I do not feel defeated for any short comings in February. I’ll use them as fuel under the rump to get me through the Madness of March.

At the end of the day on this first of the month, it’s pretty much me asking myself to climb to the summit of Everest then pogo-stick to the moon. Easy peasy.

What do you have planned for March? 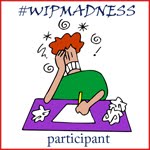 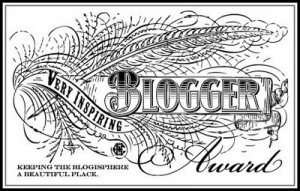