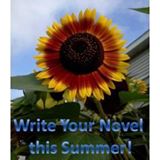 I have the following book titles for the Series and currently reworking Bk1 after separating a subplot to Bk2. The third book is just ideas, at the moment:

BOOK 2: THE CURSE OF BRIAR ROSE

BOOK 3: AND THEN THERE WERE SEVEN

So, you know how too much of a good thing can also be a bad thing? Welllllll… okay. It’s like this. How can I not be enamoured with all the possibilities that a fairytale universe provides? I’ll have story ideas, plots, subplots, and character mash-ups to last me a year. HOWEVER, as the saying goes, I think I really need to divide and conquer on this one. Yes, so many twists and turns are great. The new takes on old favorites (good and evil) are a joy to write, but I need to maintain a streamlined flow of ideas and not get ahead of myself. <– this is my self pep talk.

Yo, Self! Are you listening? Write the story that wants to be told and stop listening to all the whispers. Each character will have their time to shine–if they’re worthy! haha That’s another thing. I need to put the brakes on the characters. Here are just a smattering of mashed-up and/or retweaked characters I have so far in Book 1 (and I’m not even including minor ones). If I add the rest I have for the series, I’ll run out of bandwidth!

Aaralyn – inspired by the Pied Piper

Jaron – her father, abdicated his position as Heir to the Throne of his Kingdom, currently living in Hamelin, a town far, far away

Caleb – her brother, taken by a group of thieves who attack Hamelin

Melantha – her mother (and rogue witch, but I’ve recently revamped her and am considering, ugh, more on that in a later blog post)

Jack – forced to kill giants because an unknown group holding his sister Jill hostage. Killing giants at their behest is to keep her alive.

Ali Baba – a boy who first appears to Aaralyn in a dream, then when the town is under attack; currently cursed as a magic carpet

Morgiana – a friend of Ali who was once a fairy, but was cursed as a genie in a lamp

Robin of Locksley/Sheriff of Nottingham – this mash-up is inspired by my love for Bruce Wayne and Tony Stark, he’s Aaralyn’s godfather and Jaron’s best friend

Queen Aerwyn – Jaron’s mother; formerly a mermaid, chooses mortality for the love of a human,

King Brage – Jaron’s father, who’s currently at war with Aerwyn’s father, the King of the Water realm for, you know, the whole forbidden love thang

Rapunzel – has a bad history with both Aaralyn’s family but more recently with Jack. She’s a magical water creature and her hair is actually tentacles. She can change her form for certain periods of time.

Okay, new plan. I can do that, right? I’m halfway through Camp NaNoWriMo and JulNoWriMo and I’m pretty sure I’ll hit 50K by midweek, if not before. Since this is an ongoing journey, as is the entire WRITE YOUR NOVEL THIS SUMMER challenge, I say yes.

1) I’m enjoying this exploration of characters but I need to really hone in on the story I want to tell first.

2) As much as I enjoy discovering connections between events in Book 1 to an story arc in Book 3, I should focus on getting out all the words of Book 1 first. Well, duh. I know it’s an obvious statement and yet…

3) I must spend time analyzing the characters I have and make sure they have a solid purpose in Book 1 that helps move the story forward. I don’t want to have them there just because I think their new mashed-up version is cool. I’m thinking of writing side story novellas to complement Book 1. BUT THEN PLEASE REFER BACK TO #2. One beast at a time, no?

4) My flexible plotting needs to be less flexible. I’ve always loved structure with wiggle room, but I don’t want to wiggle onto a different tangent. I need to spend a day–sans The Keysmashing Tots, so that means tomorrow–and go over all the key points of the book and make an outline that flows towards a resolution rather than branches out into a world of possibilities. REMEMBER: A standalone novel with series potential. The story should be complete in and of itself, regardless of what I think may happen beyond the words THE END.

5) Don’t sweat over it too much. I tend to overthink things and end up getting the blahs when I’d rather be having the YEAHS! (That made sense, right? I’m sure you know what I mean.)

So that was me this week. A frenzy of words, both written and read (I’ve been reading up a storm for a different challenge) and a frenzy of activity with The Keysmashing Tots. So much for having Saturday to completely veg out. Have you seen the list I just wrote for myself above?