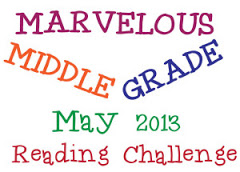 THE PECULIAR by Stefan Bachmann and THEODORE BOONE by John Grisham.

Let’s start with Bachmann’s offering first. I must say that he got me with the title. I enjoyed how seamless the worldbuilding weaved into historical England. Written in third person, multiple POVs, I felt the pacing was good an my interest was maintained in each scene. I would like to read more from this author. It was an education as much as an enjoyable read. I learned a lot about worldbuilding and can apply similar techniques to the fairytale universe I’m creating for my YA series.

On to Grisham. I’ve read several of his legal thrillers over the years and enjoyed them along with their movie counterparts. I’m not sure if it’s because I was so used to this style of writing that I found myself in a disconnect with the narrative POV. Although the main character is Theodore Boone, there are other POVs but the work sometimes feels as though it’s written in third person omniscient. There were smatterings of infodumps here and there, mostly to explain legal jargon. However, I didn’t find a connection to the main character and the story didn’t read as a middle grade book, not in the strictest sense.

Allow me to compare this book to TO KILL A MOCKINGBIRD by Harper Lee. It’s probably an unfair comparison as Lee’s book is one of my favorite books of all time, but there are similarities in that we have a child main character and the main plot is about a court case. I know there aren’t stern rules in writing but I’ve read that in middle grade books, the adult characters should fade into the background. This is not the case for either Grisham or Lee’s books. However, I find myself drawn to Scout over Theodore. Theodore almost sounds like an adult. I’m sure there are quirky youngsters out there, but I’m not sure if it translated well on the page. I still love Grisham, but I’d consider this an adult legal thriller that included children as main characters rather than the other way around. The main think I did not find in THEODORE BOONE that I found in THE PECULIAR and TO KILL A MOCKINGBIRD was a middle grade voice. The story itself was fine, but I would have liked to be drawn to the characters more. Sadly, I wasn’t.

This week, I dive into the world of SISTERS GRIMM with THE FAIRYTALE DETECTIVES by Michael Buckley and Peter Ferguson and SEPTIMUS HEAP with MAGYK by Angie Sage and Mark Zug. Should be fun!

One thought on “#middlegrademay Check-In Week 3”